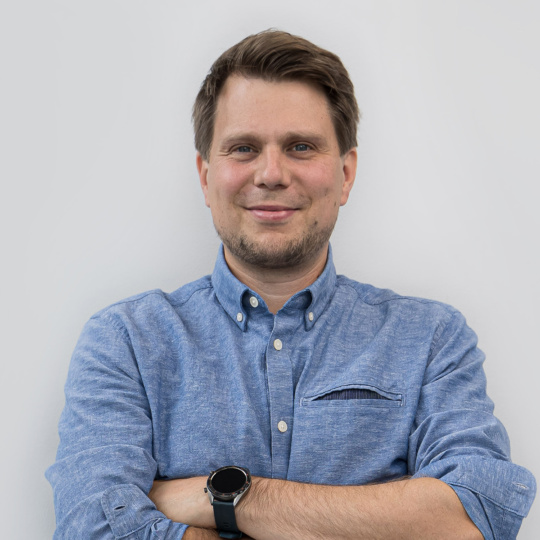 Systam celebrated its 16th anniversary at the end of last year. It provided a good opportunity for a few thoughts on how we got to where we are. Systam has grown into a company that truly looks like the people who have part of building it. The start of the story, however, is highly personal. This is my story about how I ended up being an entrepreneur in the IT industry. And how it is so true that the more you eat, the more you crave.

A humble beginning as a neighborhood IT guru

First, let’s go as far back as the Tampere of the 1990s, when computers were the latest rage. Of course, I found the new technology fascinating as well and spent a lot of time working with computers. I wasn’t really a child genius or anything or even especially active, for example, in programming. I mainly practiced how to tune up computers or how to use MS-DOS and Windows more efficiently.

However, I soon found myself maintaining the computers of neighbors and relatives, which was not exceptional at the time. There were so few people who knew what to do. It was often the self-made experts among friends that were asked to take care of issues related to data processing. For most people, computers were totally foreign and even scary, and there was a genuine need for instruction and guidance. There was once even the case of the person who raised a roller mouse directly to the monitor screen to control the cursor.

When working as a support person, I realized something really important that has stuck with me ever since. I noticed that often the most challenging thing was not solving the problem itself, but being able to communicate the solution in an understandable way. Without the person you were helping feeling like a complete outsider. When my level of knowhow met with the right kind of service mentality, it was easy to end up as the local ”guru”. Or be thrown into the role whether you liked it or not.

From a closet nerd to an entrepreneur

During secondary school and summer jobs the circle of my activities expanded. In addition to my own small-scale business operations, I also had a few summer jobs in IT maintenance, where I became familiar with the development of internal intranet and websites as well as 3D modeling, among others.

My greatest passions at that time were, however, my social life, sports and the other crazy stuff that young people do. The role of a nerd was not that tempting at the time, so I laid low with my job tasks.

The calling of entrepreneurship kept getting louder when I landed a summer job in 3D modeling during my Master’s studies in engineering. The company that commissioned the project was under a recruitment ban, but subcontracting was still an option. So, I ended up establishing a sole trade name. It was 2003 and Artam Design saw the light of day. It was my first proper step towards becoming a real entrepreneur. It provided me with valuable experience in the duties and responsibilities required in operating a business.

A push toward Systam happened when I had a summer job in software development at Fastems, a supplier of automation solutions in the metal industry. After the summer, I continued the work through my company Artam Design, and we ended up talking about their lobby area. Fastems was looking into a solution for welcoming their factory visitors. A modern experience of automation and technology, from the moment their guests would walk into the lobby.

After throwing some ideas around together, we came up with an outline for an automated lobby device demo. I really went off the deep end with this one. To be honest, my programming skills were still limited and there was a lot of work to be done with the technology in use back then. But I did have a goal that the system would be able to automate the full process of welcoming visitors. Luckily, the demo turned out to be convincing enough (I still don’t know how close I came to failing), and we agreed that if I were to make a product out of it, Fastems would order the solution.

Boosted by the encouragement I received, with a little bit of madness and some sort of burning desire, I founded Systam in 2006. There was no such concept as visitor management back then, at least not in its current meaning, and many felt a sense of awe toward IT devices.

The people around me were sparring me with my business venture, and we also carried out a marketing study at the time. Would there possibly be other companies out there who were in need of an “automated lobby device”? We discovered that there actually was an interest for such solutions. Afterward, I have had my suspicions that it was more a question of badly done research than any objective truth. The study did, however, give me the answers I wanted to hear. And the indications were sufficiently positive for an enthusiastic young entrepreneur to move forward.

Running a business alone became even more real during the following year. I designed, developed the software, selected the hardware, subcontracted the components, and implemented the configuration all on my own. In hindsight, I am sure there would have been a more agile way of handling things. The countless hours I spent in my basement turned out to be a very important experience. It made me understand my background in this field in a very concrete manner; something that I can actually still think back to and truly feel in my fingertips as well.

In addition to all the work with technology, I also had to handle things related to running a business. Such as dealing with intellectual property rights, making contracts, and building my skills in sales and marketing. All this was not so simple for a person pushing forward from a background in engineering. I was lucky to have my support network behind me, as well as the support of the other three Board members, each in their own unique way.

It took about a year before we were able to successfully deliver the system called Systam Respa (currently Systam Visit) to Fastems – a client of us to this day.

There are plenty of memories from those early times. Some of them very nostalgic, as is often the case with us entrepreneurs. As an example, our first demo device weighed a whopping 20 kilograms. One could hardly get one’s arms around it. We made a carrying bag (thank you mom!) for transporting the device. I also learned how to shake hands with people with this ”gadget bag” in my arms. I think I may even have closed a deal with a potential buyer when they must have felt pity for a young man dragging the heavy thing in the freezing cold rain.

Around the time of the first system delivery, Juho started at Systam. He first started as my colleague on a project basis to work on a client-oriented need to come up with a light application for managing and maintaining delivery documentation (EasyExtra). The intention was to use it to finance the company in its beginning phase. A while later, along came an induction system called Systam Pass. The number of customers using our services kept growing steadily. Our work as colleagues, originally intended only as project-based, has now lasted for more than 15 years. Juho has since taken responsibility for the smoothness of Systam deliveries and for further development of the services that support our business operations.

Systam is now celebrating 16 years of business operations, and our growth pace especially during the past few years has been fast – also regarding the number of team members. This growth and the general changes in worklife have ensured that I, as an entrepreneur, still need to keep learning and to have the courage to try out something new.

Going all in, doing the best you can and having a strong belief in what you do are all still essential elements of work at Systam. As is the desire to make complex things simple and to serve people regardless of their level of skills.

Today we are your expert in digital visitor management and inductions and more functional work environments.

GET TO KNOW OUR HISTORY 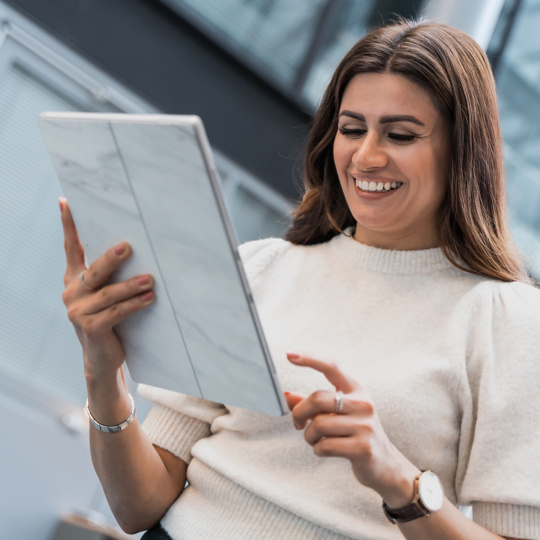 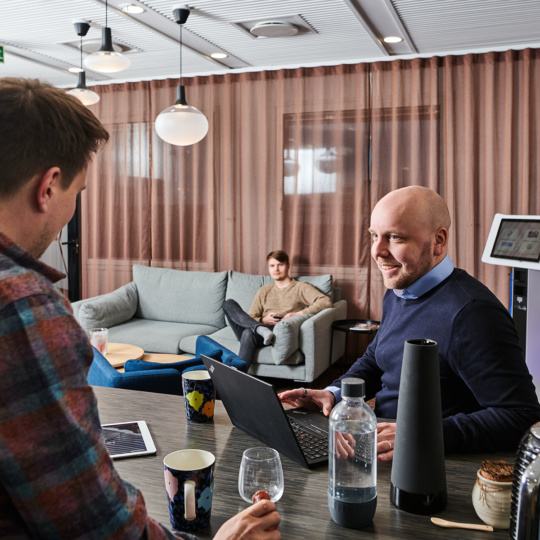 Virtual selling is here to stay, but F2F encounters still bring value for both customer and seller 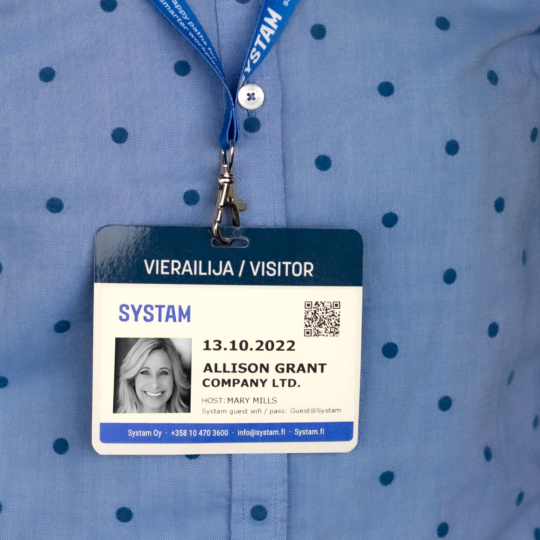 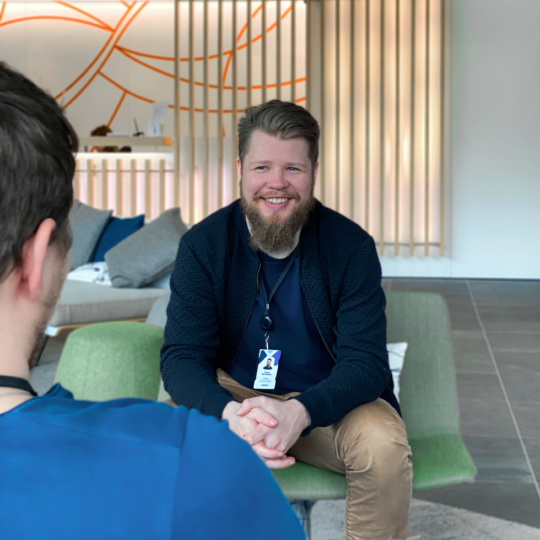 Why our customers come to stay?